It's only impossible until someone does it.
316 views0 comments
Richard Fergeson

Don't Expect Them To Understand

There will be doubters, there will be haters, and there you will be, proving them all wrong.
684 views0 comments 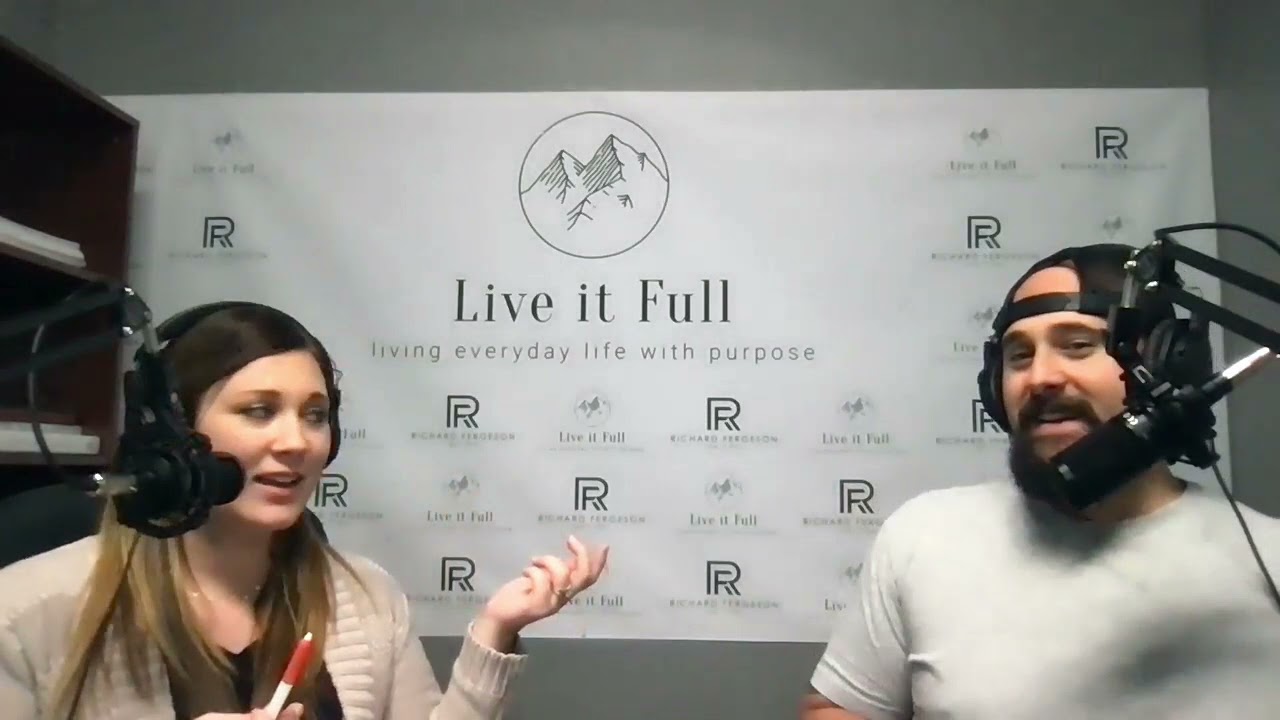 Your eyes are heavy. Your brain is fried. Your muscles ache. You want to quit. Most people would, but you aren't most people. The world will tell you that it's ok. They'll say "look how far you've come, you should be happy. Why aren't you satisfied?" You know better than to listen to everyone else. They can't see what you see because God didn't give them the same vision. When you want to quit, think about why you started. Rest, recharge, and reload but don't you quit. You
15 views0 comments
#liveitfull

My son stubbed his toe this morning in the hustle before church. Now, if you had heard his response, you might have thought he broke something. It was a new sensation for him; I don’t think he had experienced it before. He went to “his lady,” as he often calls her for consoling. She, as any experienced mother would do, offered to cut off the toe that plagued him so much. Much to our dismay, he eagerly agreed, so much he asked where the knife was. Note to self; we may not be a
21 views0 comments
#liveitfull

I was in my son's room today and noticed a new pair of boots sitting on his dresser. I turned to leave and happened to see my first pair of boots sitting as decor on his shelf. As children, we think we can never fill the shoes of our parents. We see them as something more superhuman than real because we aren't cognizant of their failings and shortcomings. If you are lucky, maybe you don’t get to see that reality for many years. Those boots, though, made me think of the compar
160 views0 comments
#liveitfull

There is nothing impossible to him who will try. –Alexander the Great
86 views0 comments
#liveitfull

Nothing New Under the Sun? One Mans Resolutions from 1722.

Think: scared straight, but instead of prison, you burn in hell for all eternity. While the message may be true, the delivery, in my...
73 views0 comments
#liveitfull

You have to know yourself in order to grow yourself. - Jerry Hendrix

It's funny how we will spend 15 minutes on a Buzzfeed quiz to find out what Disney character or dog breed we are, but we don't think to...
151 views0 comments
#liveitfull

The reality is failure sucks, it is not fun. Losing hurts, I do not believe in moral victories. No one wants to be terrible, to make the ...
366 views0 comments
#liveitfull

Love is patient, even when we aren't.

Now, I loved him fiercely, don’t get me wrong, but I would be lying if I didn’t admit to having preconceived notions of butterflies and...
170 views0 comments
#liveitfull

We have always struggled with how to handle Christmas gifts with our children. As parents, we want them to inherently have everything we did not have as children. We know that this logic has caused many children to grow up with a sense of entitlement, selfishness, and in plain terms: being spoiled. We have really tried hard to fight our own urges to give in to their every whim. Instead, we have tried to focus on giving them experiences that we did not have as children, instea
224 views0 comments
#liveitfull

Have you ever had one of those moments in life where for brief period of time the world stood still? The ones you feel deep down in your core that you know that you have seen something special. Kaitlin and I have been so blessed that we have had many opportunities to travel, it has always been a main priority in our lives. Traveling tends to give you more of these amazing moments, the ones in which you stand in awe, and I definitely have had more than I have deserved. It was
224 views0 comments
#liveitfull

If the kids have a break from school, we typically try to plan a trip. If the trip involves seeing family, even better! My brother and sister in law live in Houston, and since Texas is gigantic, we rarely get down there. My kids are really good travelers for the first 4 hours. We can always pack up and expect a really good trip if the destination is 4 hours or less. Anything after 4 hours is “are we there yet?!” Having said that, we were all super pumped to get down there and
61 views0 comments
#liveitfull

Do you remember the first time you met your wife or husband? The feelings you felt, the knots in your stomach, the flutters in your chest? Perhaps you lost the ability to speak coherent thoughts or you had difficultly catching your breath. Maybe you met that special person for the first time and none of those things happened, but you eased into a friendship and then fell in love. It could have been like me and Kaitlin (my bride of 10 years), you meet in college, fall instantl
352 views0 comments
#liveitfull

I'm going to start this blog post off with the disclaimer that I am in no way an expert in any of what I’m going to write about in this blog series. If you know me I don’t want you to think I’m one of those people who write about something and pretend to be perfect. I’m just a follower of Jesus, husband, father, and an entrepreneur who struggles like everyone else to make sense of this daily grind that we call life. To be honest I fail and fail often, at times much more spec
391 views0 comments
#liveitfull

It's almost 10% of the days in the year, so not particularly an insignificant amount although it's a length of time that can go by quickly. Time has a weird way of being relative though, forty days during summer break as a child seemed to go by with certain expediency. Forty days laying in a hospital bed may seem like an eternity. Today I write about the forty days between Ash Wednesday and Resurrection Sunday, commonly referred to as Lent. Now as a protestant and more specif
326 views0 comments
#liveitfull

I really don't like hospital rooms, I know that's probably normal among people but there is something about the sterility of them that eats at me. They always seem to be too cold and clean, too temporary to have any real life in them. So it strikes me as odd that one of the most beautiful pictures I feel like I've ever taken was in one. Now it may not be beautiful in a traditional sense of the word or even perceived that way to very many people but to me it shows a life that
414 views0 comments
#liveitfull

I’m so glad we are “travel people.” We just love to go. Now, don’t get me wrong, there is a comfort that my home provides and I love, but if I had to name a favorite hobby, it would be traveling. Having said that, my children have been to the beach in California; they have been to European beaches, but they had never been to a Texas beach until our summer 2018 trip to good ‘ole Port Aransas. This little beach town has grown tremendously since I was a kid, and the ferry line t
286 views0 comments
#liveitfull

Canyon of the Eagles Lake Buchanan-Burnet, TX http://canyonoftheeagles.com/ Last year Richard and I decided that getting an RV and taking trips with the kiddos (and whomever else wanted to join!) would be an integral part living it full. While we had talked about it for several months, the actual purchase of our trailer was a bit of a last minute decision. We drove off the lot, trailer in tow, and went straight to Walmart. After grabbing the “essentials,” or what we thought
190 views0 comments
1
2